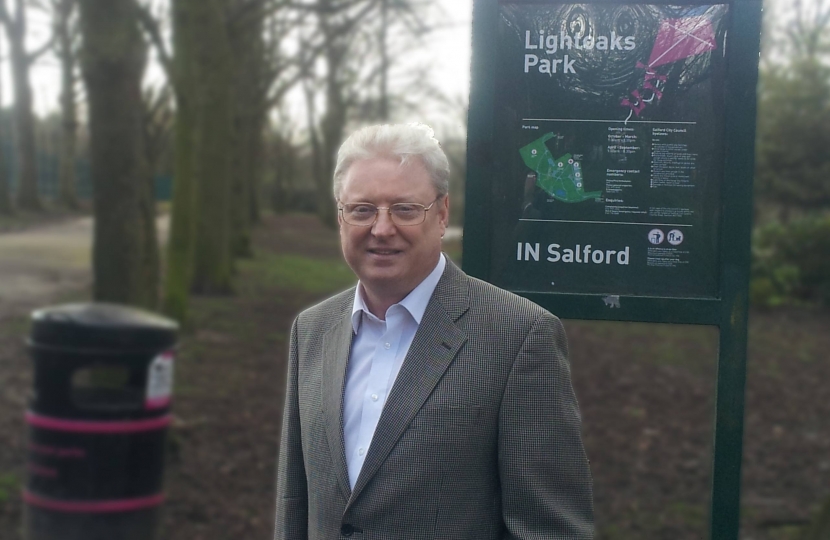 Local Conservatives in Claremont are delighted to introduce Bob Goodall as your local Conservative campaigner and candidate for the upcoming elections on Thursday 22nd May.

Salford born and raised, Bob has spent all his working life in industry, first in engineering and later as an IT manager. As a family man with four grandchildren, education and the future employment prospects for our young people is a subject Bob is passionate about. In his spare time he is a keen photographer and has used his skills to create maintained web sites for Fix-it UK, a Wigan-based charity involved in training youngsters for a career in motor mechanics.

He has also served as a school governor and more recently been heavily involved in the “MHG campaign”, representing the relatives of severely disabled adults whose views were being ignored by social services. Bob’s determination to fight for fair treatment led to the Council implementing a new system for council wide complaint handling.

Bob will see the job through to the end; his wide experience has given him the know-how and determination to get things done. His experience of dealing with council officials over the past 2 years has been the catalyst that led him to stand as your Conservative candidate, working for you and for higher standards and fairness in local politics.

“It is a great honour and privilege to be selected by local Conservatives as your Conservative candidate for Claremont ward. If elected, I promise to be a strong voice for Claremont in the town hall, not the Labour City Mayor’s spokesperson in Claremont.”

Get in touch with Bob on Facebook at: www.facebook.com/goodall4claremont