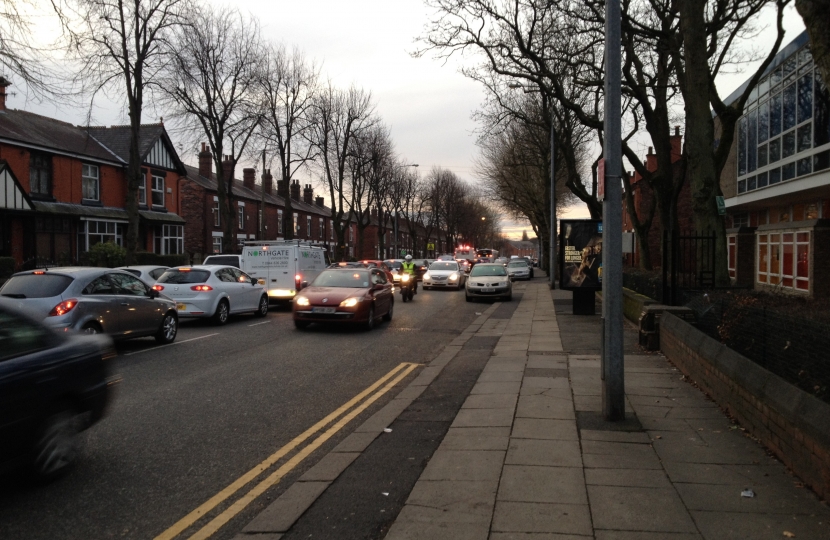 Transport for Greater Manchester have sent some sketches of the proposed busway route along the A580 to the Manchester Evening News. The artwork would have been much more accurate if it showed a queue of traffic.

Let’s be clear, for example what we are getting in my local area in Walkden: massive queues on Walkden Road, Old Clough Lane and Newearth Road, and rat-running through Birch Road, Park Road and Broadway. To top it off, there is no bus stop between Newearth Road and the approach to Old Clough Lane, so there’s nowhere for Walkden residents to hop on these fabled new buses either.

It is the same story in Worsley, Boothstown, Ellenbrook and Swinton. We will see more rat-running, more congestion, and a bus service that is no better than at present. In some cases, the increased traffic will actually make existing bus services worse.

This is a £76m white elephant. It should be scrapped and the money invested in the railway line and existing bus services.