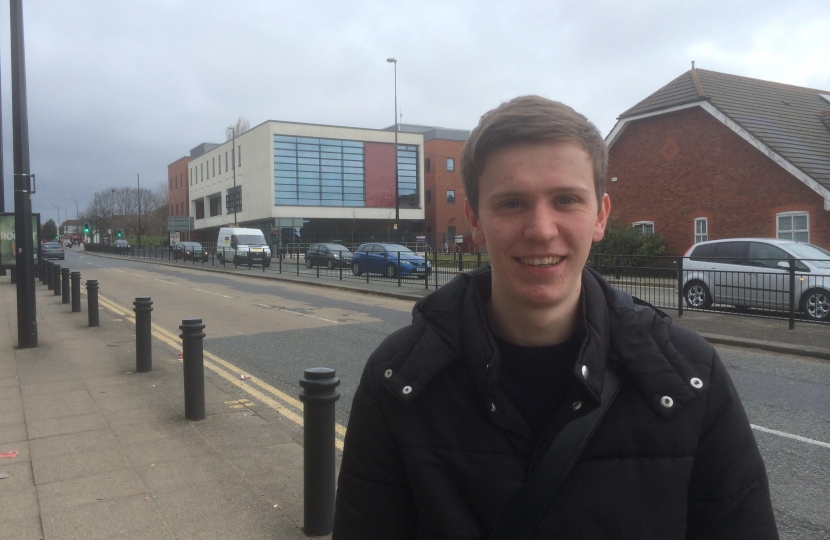 Local Conservatives in Walkden and Little Hulton are delighted to introduce Dan Hill as the Conservative candidate for Walkden North ward, which includes Linnyshaw, Hill Top and Mount Skip.

Dan was raised and educated in Walkden and Little Hulton, first attending St. Joseph's RC Primary, before moving on to St. George's.

Since leaving school, he has studied A-Levels at Pendleton College, and is currently a student of politics at degree level. He first became active in local politics when his high school, St. George's, was threatened with closure by the Labour Council.

With 4 younger siblings and countless other young relatives, schools have remained a key issue for Dan, and is aware of the problems parents often face when trying to get their children into good local schools, and in balancing work and family life. Additionally, he has been a consistent and passionate campaigner on issues such as transport, mental health, housing, Council Tax and many other issues affecting local people in their day-to-day lives.

Outside of politics, Dan enjoys travelling, watching sport and is a fan of live music.