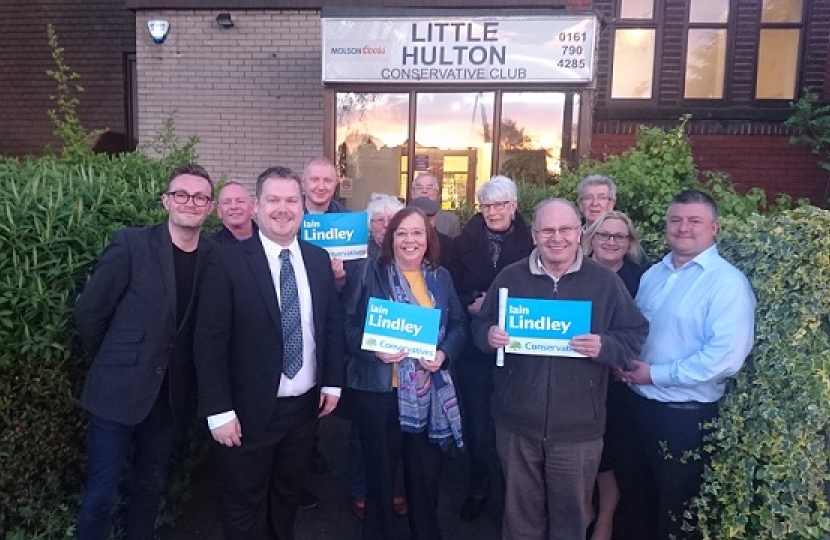 We're delighted to announce that Cllr Iain Lindley has been selected as the Conservative candidate for Worsley & Eccles South for the forthcoming General Election. Iain was selected by local Conservative members at a meeting in Little Hulton.

Iain lives in Walkden and grew up locally, attending James Brindley Primary School, Walkden High School and Eccles College. He has served the local community since 2004 as Conservative Councillor for Walkden South ward and was the Conservative Parliamentary candidate in 2010 and 2015.

Both the polls and the bookies show that the election in Worsley & Eccles South is neck-and-neck. There's a clear choice on 8th June between local lad Iain and Jeremy Corbyn's Labour candidate. Only Iain can beat Corbyn's candidate here!

If you'd like to join Iain's campaign, drop us an e-mail at office@salfordconservatives.org.uk or complete his short volunteer form.