A Message From Adam Kennaugh 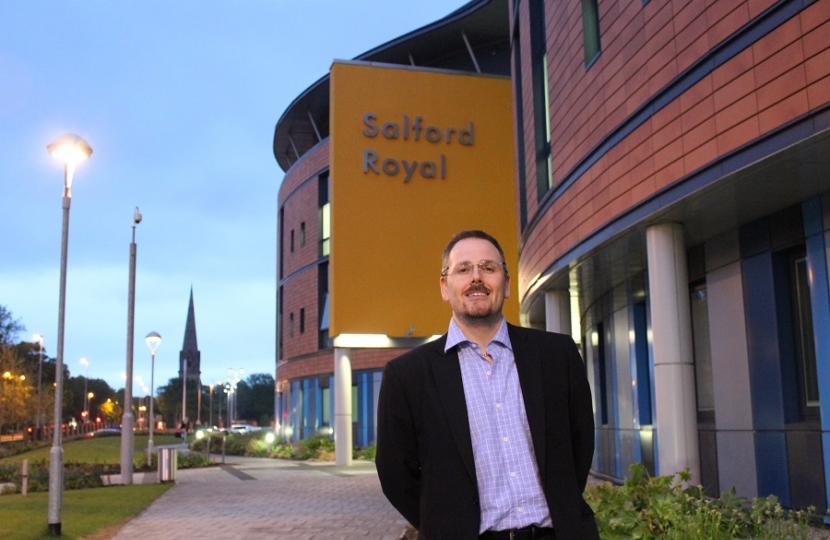 On 20th June, residents across Hope, Weaste and Seedley have the opportunity to choose a new Councillor. If you usually vote by post, you will shortly be receiving your ballot paper, or you may have it already.

I have greatly appreciated the warm welcome that I have received on the doorstep, and I am grateful to all the residents who have spoken to me or a member of my team. I am trying my best to speak to as many local residents as possible, but if I have not made it to your door yet, or if you were out when I called, please do not hesitate to get in touch if there is something you wish to discuss.

There is a clear choice at this election. As the only candidate in this election who lives locally in the ward, I understand when residents rightly demand action on the local environment (particularly dog-fouling and litter) and the poor state of local roads and highways. Unlike all the other candidates, I use the same footpaths, the same roads, the same bin collection, and the same green spaces that you do.

Residents have also told me that they’re fed up with the Labour Council and Labour City Mayor wasting taxpayer money. We don’t need Labour’s 13 Assistant Mayors, including one for “international relations”, and we don’t need Labour Councillors who voted through an 80% rise in the Mayor’s allowance. It’s wrong that Labour has loaned almost £2 million of taxpayer cash to Salford City Reds and to the Stadium when the site of the Willows remains derelict.

This election won’t change control of the Council, but it is an opportunity to elect a hard-working, local Councillor, and to send a strong message to the Labour Mayor and his thirteen Assistants, who are all Labour Councillors.

It would be a huge honour to have your support.

Adam Kennaugh
Your Conservative Candidate for Hope, Weaste and Seedley