A message from Sean Anstee 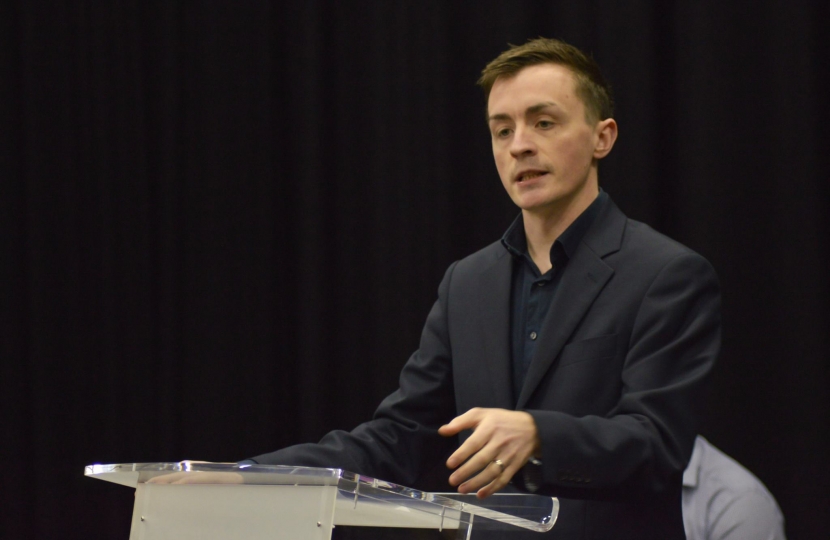 Sean Anstee is the Conservative candidate for Mayor of Greater Manchester, at the election to be held on Thursday 4th May 2017. Visit www.seananstee.com to find out more about Sean's campaign.

I want everybody in Greater Manchester to have opportunities to realise their potential so nobody is held back, and nobody is left behind. We are a city that is on the verge of something special if we choose to take the opportunity.

I’m excited to have the opportunity to show you how we can use these new powers to improve our city region and its towns.

Eight million people live in the 40-mile radius around Manchester city centre. That makes us as big as Hong Kong, and twice as large as Los Angeles or Berlin. We have so much to offer the world.

But, we have to get our city working better for all of us:

and we have to make sure there is good quality education, jobs and opportunity for everyone who lives and grows up here.

I grew up in Partington, attended my local comprehensive, and started an apprenticeship when I was 16. I went on to work at BNY Mellon, an American bank who have invested and created jobs in Greater Manchester. This allowed me to complete a degree part-time with Manchester Metropolitan University.

In my manifesto, I have set out the problems you’ve told me about in the 4 years since I started working on devolution. As Mayor, I will continue to listen to you and your ideas so we can shape our city region together. I will hold regular Mayor’s Question Time and I will publish details of what we spend on your behalf.

I believe that together we can create a new period of greatness, a city region made up of places that are the very definition of opportunity and that we are proud to call homes.

I hope you will join me in creating a bold, new future for Greater Manchester.