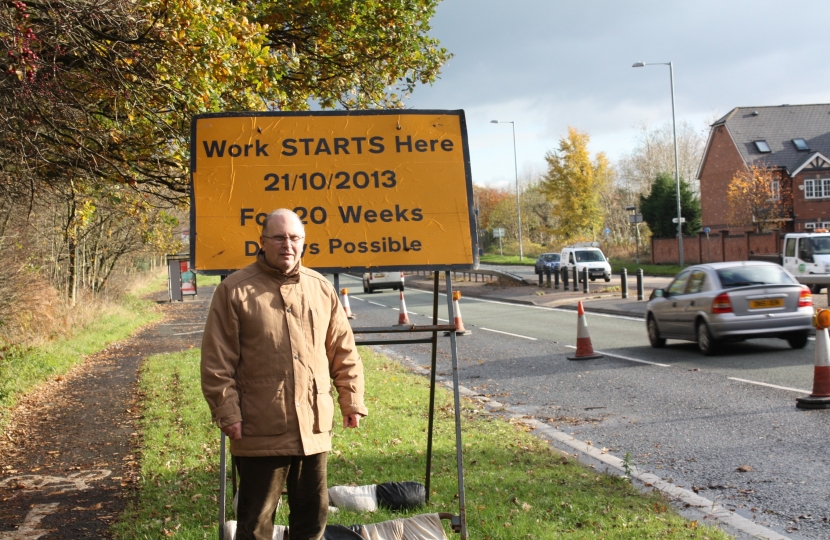 Local residents across west Salford are bracing themselves for a further 12 months of traffic chaos after Salford City Council and Transport for Greater Manchester announced the next phases of construction work for the Leigh Misguided Busway.

Works are scheduled to take place in five distinct phases along the length of the A580 and A6 in Salford, starting in May and continuing until April 2015. These roadworks will see multiple lane closures, major diversions and significant congestion, and a long section through Swinton and into the City Centre will see a lane of traffic removed permanently to accomodate the bus lane.

The phases of work, provisionally agreed by the City Council, are:

Newly-appointed contractor Galliford Try has also confirmed that the morning hours of work are likely to start at 7.30am.

"Residents will rightly be horrified at the prospect of a further full year of congestion and diversions, and all for a scheme that will reduce local road capacity without increasing public transport options. Transport for Greater Manchester have now admitted that no plans are in place for how existing local buses will fit in with the new busway, so the majority of residents who don't live within walking distance of the busway could actually face seeing their existing bus services cut to make way for the unwanted white elephant busway".

Photo: Cllr Les Turner inspects the impact of previous roadworks on the A580