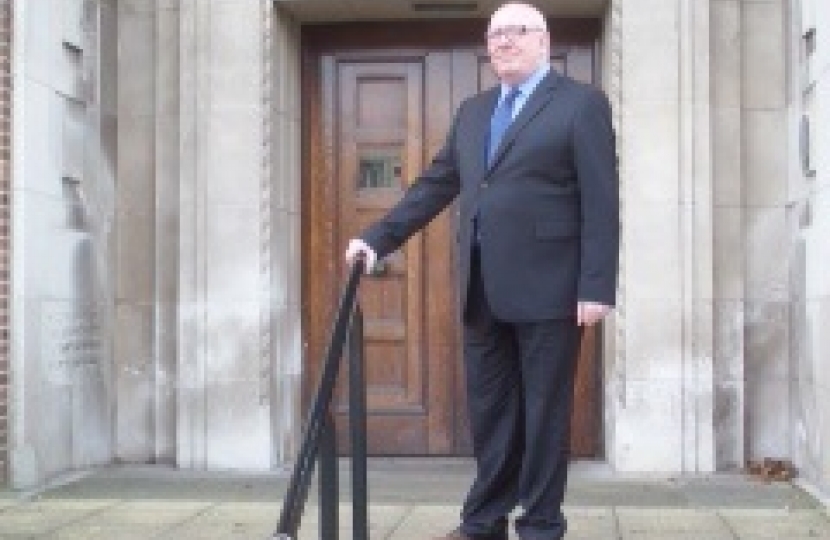 Councillor Robin Garrido has been selected by a packed meeting of local Conservative members as your Conservative candidate for the Mayoral election in May 2016.

On being selected, Robin said:

"If elected as City Mayor I will be making far reaching changes to the way this City is managed. The existing Mayor chose, when elected, to give us more of the same instead of accepting the challenge for change.

I will not be appointing any assistant mayors or the new title for them, executive lead members,  but Instead I will be breaking with tradition by bringing in, on a seconded basis, leaders of commerce, industry and education to form a professional advisory group to the mayor. This group will advise the mayor on policy and also have a supervisory role in ensuring that directors and officers put these policies into action.

Gone will be the the old system of what I would term as almost a dictatorship and in its place will be a modern professional management system. But it will be a transparent  and accountable system with a public question time at each council meeting without questions being vetted by the executive beforehand. These Council meetings will be held in the evenings or weekends when ordinary working people are able to attend.

One of my priorities will be to make an immediate impact on the disastrous traffic congestion and gridlocked roads throughout the City but in particular around the main motorway interchanges. I have already called for a high level meeting with Highways England, Urban Vision, TfGM and Salford Council together with local ward Councillors and the City Mayor has now taken up this suggestion. In the interim I would , subject to legal requirements, immediately suspend all bus lanes whilst a review is carried out,  freeing up much needed road space

I will remind the people of Salford about the success Conservatives have been able to demonstrate nationally, particularly in relation to the economy,  and I aim to replicate these successes in Salford".