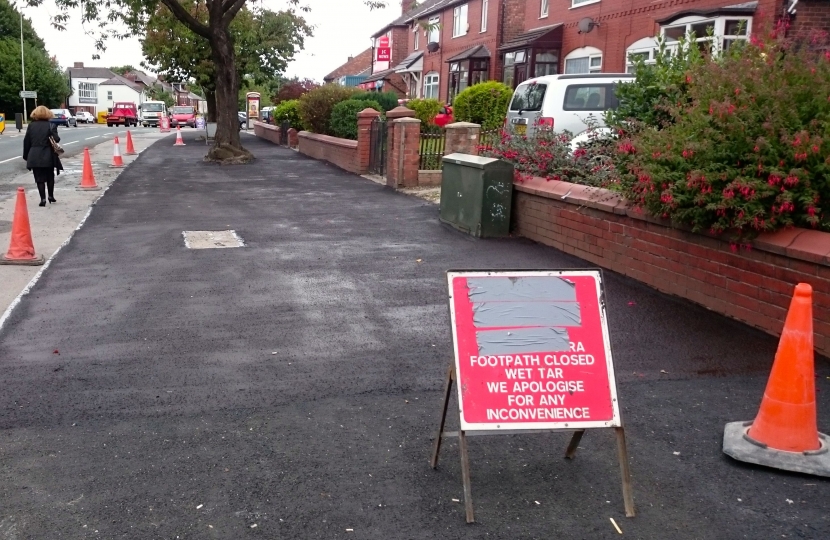 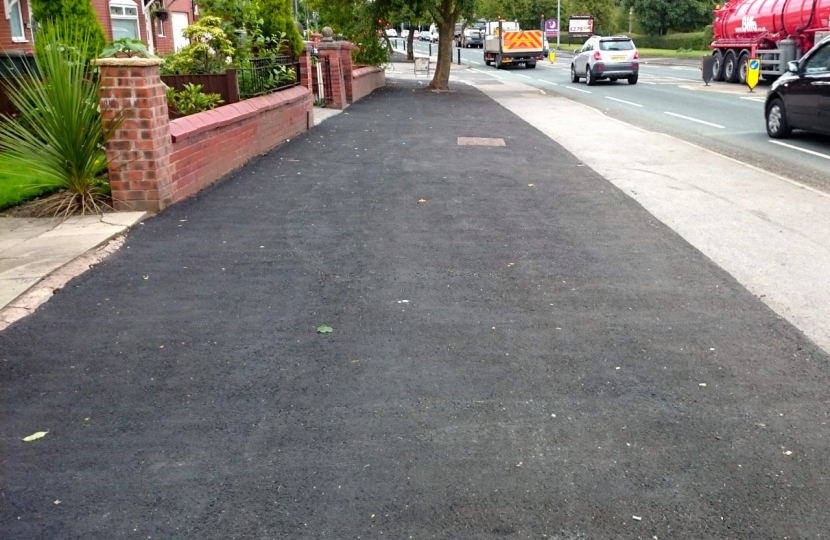 Local Conservative campaigner Bob Goodall recently met with residents on Bolton Rd, to hear their feedback on resurfacing work done on the footpath by their homes. Footpaths on both sides of Bolton Rd are being resurfaced. The feedback received was encouraging, residents having long complained about the conditions underfoot, one of many topics of local concern brought to Bob's attention during the 2014 local elections, when he was told of tripping accidents on this bad surface. It was one of many issue taken up by him on behalf of residents.

Bob's campaign involved meetings  with residents, directors at Urban Vision and working with the Claremont community team. As a result gone has the crumbling, hard and uneven stone surface, replaced with a consistent, level and even walking surface.

Bob said 'The campaign for safer footpaths and better street lighting will continue, but it is nice to see the result of persistent campaigning and residents support. Thanks to all involved'.