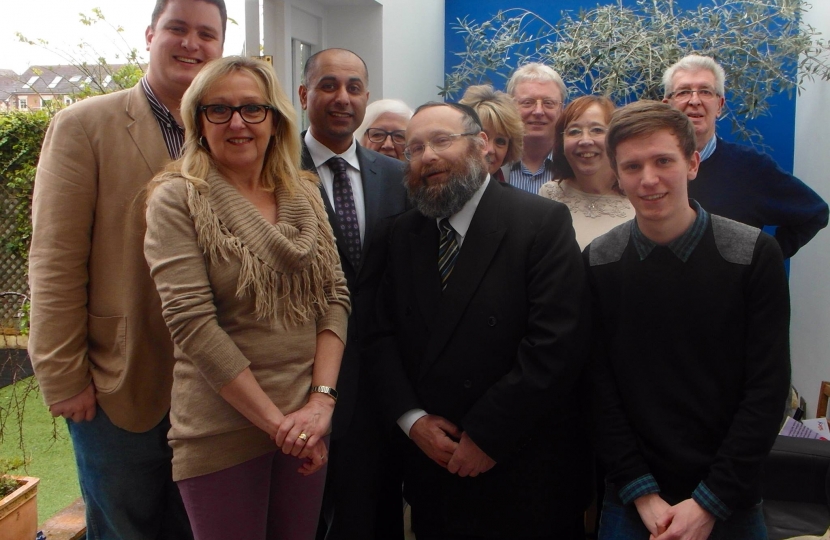 Salford Conservatives were delighted to welcome Conservative European candidates Sajjad Karim MEP and Daniel Hamilton to Salford on Sunday to help launch the combined local and European campaigns ahead of polling day on 22nd May.

Sajjad and Daniel joined around 30 Salford Conservative local candidates, members and supporters for the campaign launch and social event.

Don't forget, only the Conservatives have a plan to deliver real change in Europe, so if you want to:

...you need to vote for a strong team of Conservative MEPs on 22nd May!