Chris Clarkson one of your Conservative Councillors for Worsley ward, having been elected in 2011 and re-elected in 2015 with an increased majority.

"It's been my privilege to represent Worsley, Roe Green, South Moorside and Broadoak on Salford Council this past four years.

"We’ve seen some good progress in Worsley since 2011 – more new jobs, apprenticeships and businesses starting up.  Fewer people on ‘out of work’ benefits, falling crime and lower taxes on the lowest paid.

"We have achieved these things together, despite a Labour Mayor who has shown genuine distain for hard working people and a Labour dominated Council obsessed with wasteful spending on vanity projects, rather than protecting the services people want.

"Worsley Ward needs an Councillor who is not afraid to challenge and question the performance of others ‘in authority’ – whether that's at the Town Hall, in public services or the devolpers who want to tear up our precious local green spaces.

"I qualified in Law at Dundee University and I now work for Virgin Group. I genuinely love representing our area and feel I still have a great deal I want to do on behalf of the community.

"When I’m not at work or in the Town Hall, I am a keen supporter of the countryside, enjoy walking and last year helped to raise money for Beating Bowel Cancer – taking part in a triathalon, raising £2,000 for this fantastic charity.

"The local conservative team here in Worsley have a strong track record standing up for local people - I want to keep working to ensure your voice is heard." 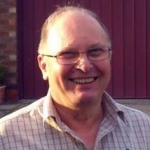 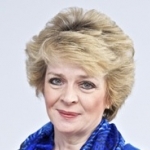 Cllr Jillian Collinson is one of your three Conservative Councillors for Boothstown & Ellenbrook and the opposition spokesperson for Children's Services. In May 2015 she was elected as the deputy leader of Salford Conservative Group.

Iain one of your local Conservative Councillors for Walkden South ward, alongside Cllr Les Turner.Iain grew up in Walkden, attending James Brindley Primary School, Walkden High School and Eccles College before graduating from the University of York.

Councillor Bob Clarke was elected as Conservative Councillor for Boothstown & Ellenbrook ward in May 2016.

Click here to find out more about Bob and get in touch.

Cllr Graham Compton is one of your three Conservative Councillors for Worsley ward.He has representing Worsley, Roe Green, Broadoak and Moorside since 2004.Graham is also the Chairman of the Worsley Area Conservative AssociationClick here to contact Graham.

Cllr Karen Garrido is one of your three Conservative Councillors for Worsley ward. A former leader of the Conservative group on Salford City Council, Karen is the Ceremonial Mayor of Salford for 2016/17. 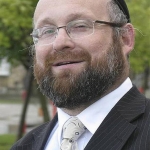 Arnie Saunders is your Conservative Councillor for Kersal and Broughton Park. He was elected at a by-election on Thursday 2nd March 2017.