Ward Councillor for Boothstown and Ellenbrook

Cllr Jillian Collinson is one of your three Conservative Councillors for Boothstown & Ellenbrook and the opposition spokesperson for Children's Services. In May 2015 she was elected as the deputy leader of Salford Conservative Group.

Jillian has lived in Worsley for over twenty years and has four children. Her working background is in human resources and administration.  Prior to becoming a Councillor, she was a co-opted member of the Children and Young Peoples Scrutiny Committee.  Jillian was Vice Chair of Governors at Springwood (Special)  Primary School and is now Vice Chair of Governors at Oakwood Academy.  She was also on the Steering Group of the Diana Nursing Strategy Commission. 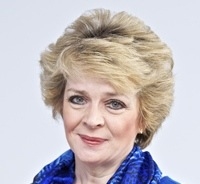