Local Conservative councillors welcome the improvement scheme on Bury New Road, due to commence on 11 January 2021.

In May 2019, Salford City Council undertook a review of the traffic flow on Broom Lane, New Hall Road and surrounding streets. In particular, the intersection where Broom Lane and New Hall Road meet Bury New Road was under review, due to the high volume of traffic incidents which have occurred at this junction. The proposals drawn up also included changes to the traffic direction on Broom Land and New Hall Road, something which local residents were vocally opposed to. Measures to improve road safety outside Broughton Jewish Primary School on Legh Road were also included in the consultation.

Letters were sent out to local residents seeking their opinions and ward councillors encouraged residents to reply to the consultation with their thoughts and comments. The East Salford Highways Task Group and Road Safety team took these into consideration and, based on the feedback received, a practical scheme was drawn up. 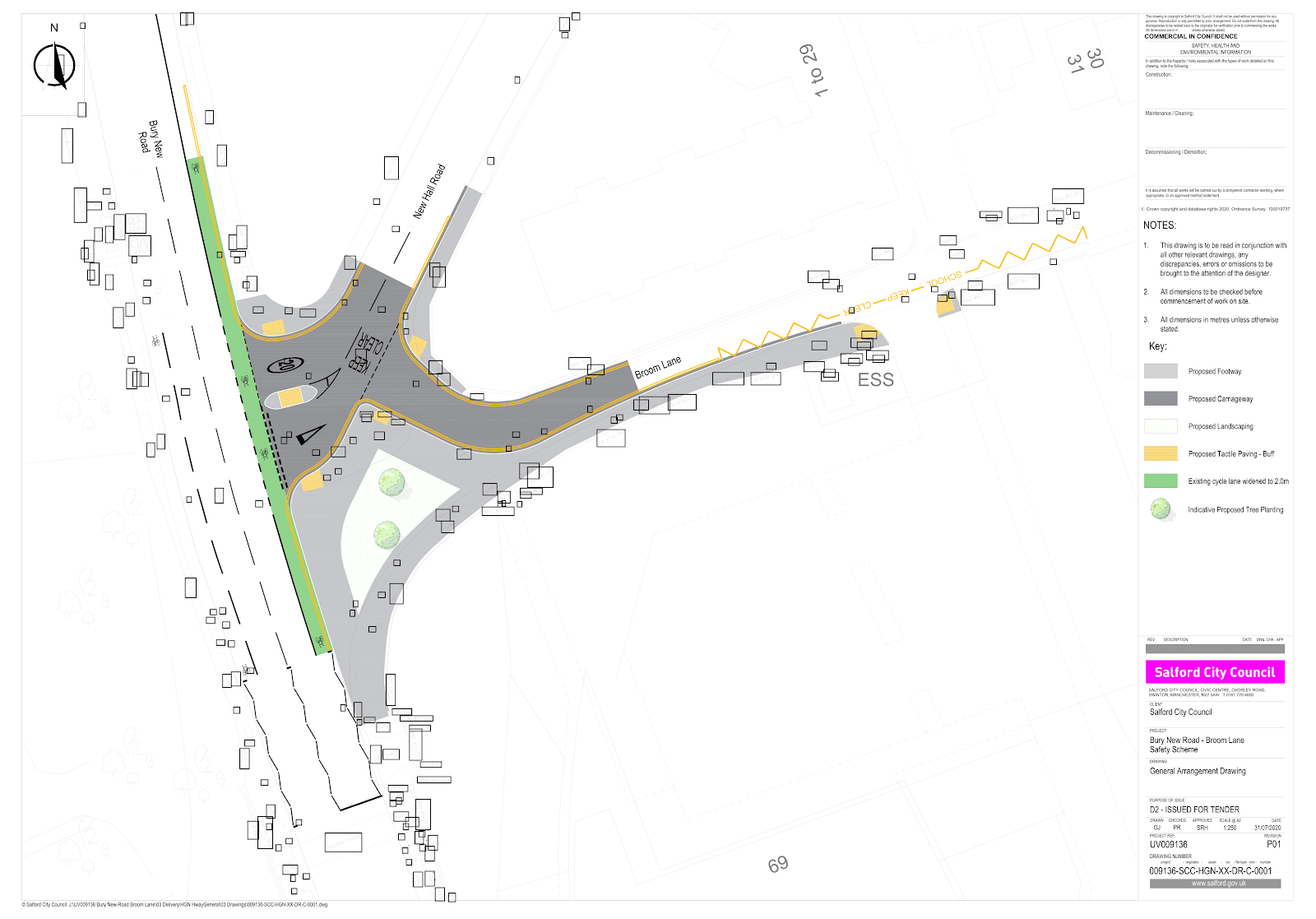 A 10 week construction programme is due to commence on 11 January 2021. These works have been designed to increase road safety, as well as improve traffic flow. Under the final plans, the layout of the junction at the Bury New Road - Broom Lane - New Hall Road intersection, believed to be the cause of many accidents, will be redesigned. Overdue resurfacing works are also due to be carried out. New Hall Road will not become a one-way street and the one-way system on Broom Lane will not be reversed, as was originally suggested during the consultation. Changes on Legh Street will not be taking place as part of the current scheme. Salford City Council will be writing to local residents in January, informing them of the works and the road closures which will take place.

Local ward councillors share concerns over the inevitable distributions these works will cause to the local neighborhood as well as to commuters who regularly use Bury New Road, and will be working with officers and traffic management throughout to ensure these are kept to a minimum.

As always, feel free to contact your local ward councillors with any queries.