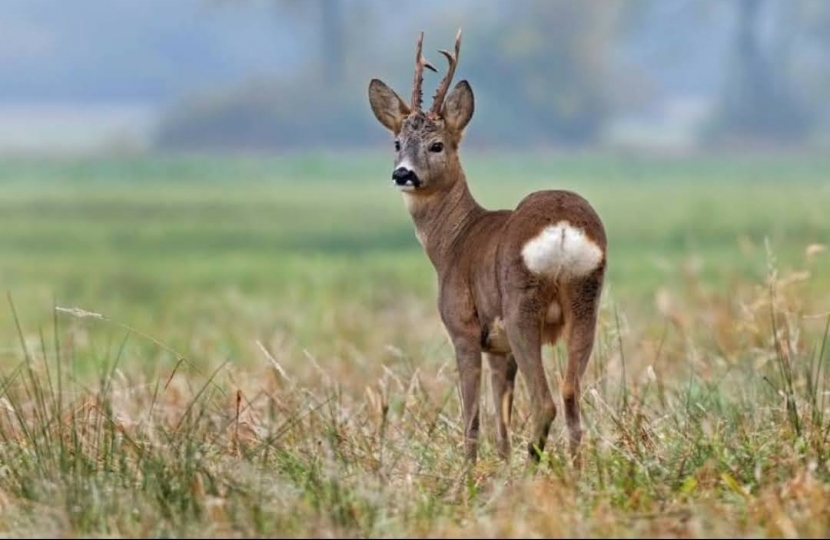 Following complaints by local residents that deer were being killed by the RHS, local Councillor Darren Ward visited the gardens and spoke to the General Manager Richard Green, who confirmed that culling of Roe Deer had taken place by shooting. This shooting was carried out even though he had previously confirmed in discussions in 2018 that the deer were being relocated.
At no time were local Councillors advised of the shooting. Had they been told, they would have used all their influence to prevent it from happening.

Councillor Karen Garrido commented that she was appalled that these deer were killed purely to prevent them damaging plants, trees and shrubs. She went on to say that there must surely be a better way of managing these prestigious gardens.
"If the RHS wish to have a genuine good relationship with our communities. they need to demonstrate it and killing deer is not the way to do this" said Councillor Les Turner.
Councillor Bob Clarke added that he was astonished that our local wild life was being decimated by a supposedly prestigious charity who have the patronage of HM The Queen, who would surely be devastated to hear this news.
Councillor Jillian Collinson called it a disgrace.

Councillor Darren Ward has spent a considerable amount of time ascertaining what has happened and complaining vehemently to the RHS about this totally inhumane action.
Councillor Robin Garrido is urging residents to sign the online petition which will then be submitted to Salford Council.

At first opportunity Conservative ward councillors will be raising this matter with the Council to ascertain what action can be taken and how the deer and other wildlife can be better protected in the future.